The US’ All-Out Espionage Against Brazil. To what end? 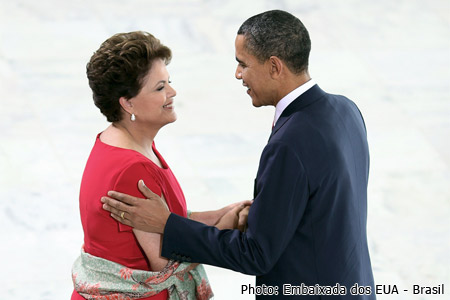 Dilma Rousseff’s first state visit to the United States is due to take place on 23 October. Its preparation has been overshadowed by the revelations of Edward Snowden. These suggest that Brazil is the country in the Western Hemisphere where the intelligence work of America’s security services is being carried out most actively. According to the information leaked to the media, Americans are interested in everything – from the armed forces’ development strategy and the contents of their military-technical cooperation programmes with China, Russia and India to the personal lives of Brazil’s political and military leaders. Most of the focus is on collecting dirt on President Dilma Rousseff and her immediate circle...

In recent decades, Washington has regarded Brazil as its main rival in the region; the country’s accelerated development in the modern technologies, energy, defence industry and space technology sectors over the last 20-25 years has lead to a consolidation of the vast majority of countries in Latin America around it. The FTAA pan-American integration project put forward by Washington failed spectacularly at the Summit of the Americas in the Argentinean city of Mar del Plata in 2005. Brazil, Argentina, Venezuela and other countries on the continent said “No” to Washington, and then began taking steps towards a truly Latin American integration. The leading role in this process belongs to Brazil which, unlike America, has never been the “region’s gendarme”. 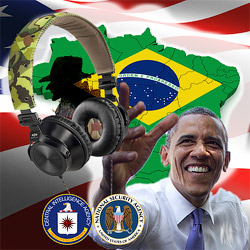 While Secretary of State John Kerry’s visit to Brazil before Snowden’s escape and before Rousseff’s visit to Washington had largely been an organisational one, the agenda has now been domineeringly encroached upon by the issue of America’s espionage. One can understand the indignation of Brazilians. On the one hand, Washington continues to reiterate that Brazil is its main ally in Latin America, while on the other it is hijacking the country’s military secrets and copying the correspondence of the president, defence and foreign affairs ministers and other officials responsible for making important decisions. To what end? Just to know? Or for intimidation at the highest level should there be any intractable difficulties in their bilateral relations? In certain countries in Africa, Asia and Eastern Europe, this method has met with success. Perhaps Obama is planning on repeating this “success” with regard to Brazil.

On 5 August, Mercosur foreign affairs ministers met with UN Secretary-General Ban Ki-moon to express their concern and indignation at America’s actions regarding the expansion of its global espionage system. Venezuelan representative Elias Jaua spoke on behalf of the ministers: “This practice is a complete violation of international law and the sovereignty of countries, and disregards the fundamental rights of every person on this planet.” Every regional organisation, including the Community of Latin American and Caribbean States (CELAC) and the Union of South American Nations (UNASUR), has spoken out in protest. And the business will move beyond protests. In the next two to three years, Brazil and other leading Latin-American countries are intending to create independent electronic communication channels whose servers will not be located in America. Measures are also going to be developed to protect these channels from hostile intrusion.

Washington has given some explanation with regard to its espionage in Brazil, but Foreign Affairs Minister Antonio Patriota found them to be insufficient. In response, the US State Department invited him and other Brazilian officials to go to America in order to check out the work of the NSA in situ and, it must be understood, to be sure that Brazil is not under electronic surveillance. On the surface it is a gesture of goodwill, but in reality it is pretend openness to be used for propaganda purposes: “We have done everything to reassure our allies in countries south of the Rio Grande”. Vain hopes. Their allies are not reassured. By revealing America’s two-faced policy in Latin America, Snowden dealt a devastating blow of such force that for the remainder of his presidency, Obama is going to have to associate with his Latin American partners with the black mark of a hypocrite and a liar on his record. 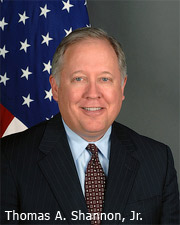 The US Ambassador to Brazil, Thomas Shannon, is to leave his post ignominiously. He had positioned himself as a versatile, objective and responsible politician prone to constructive dialogue. It turned out, however, that Shannon is indistinguishable from the “empire generation” of US diplomats whose advancement took place during the presidencies of George W. Bush and Barack Obama. They can declare, promise and guarantee whatever they like, but in order for America to achieve its foreign policy objectives, it will simply abandon any statements they may have made previously. This habit of lying that the US State Department has acquired over the last twenty years and its tell-tale desire to have everything its own way by hook or by crook, acting like a superpower ostensibly able to do whatever it likes, has done substantial damage to and is still damaging America’s diplomacy. 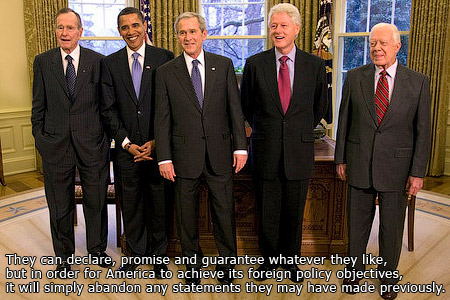 Thomas Shannon emphatically drove a wedge between Brazilian-Venezuelan relations, impressing on Brazilians that the “populist ideology of Chavez” would sooner or later destabilise Brazil, and that it would be more beneficial for the country to have a more politically moderate regime nearby. In fact, it was an appeal not to prevent the radical puppet opposition financed by US intelligence agencies that was always hostile to Brazil coming to power in Venezuela. This anti-Venezuela policy of the US Embassy in Brazil is being maintained, only now instead of Hugo Chavez, it is President Nicolás Maduro who is under attack. 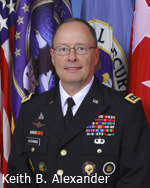 Information published on the BAEMundo portal shows that Shannon, as Assistant Secretary of State in 2009, sent a letter to NSA Director Keith Alexander labelled “secret”, thanking him for his invaluable help with preparations for the Summit of the Americas held in Trinidad and Tobago. The US State Department received more than a hundred documents from the NSA that were obtained from the presidential offices and foreign affairs ministries of countries on the continent through espionage operations. Shannon particularly emphasised that the “NSA documents allowed us to obtain a deep understanding of the plans and intentions of other forum members and ensured that our diplomats were well prepared to offer expert assistance to President Barack Obama and Secretary of State Hillary Clinton”. The information helped Washington plan its course of action with regard to such complex issues as the inclusion of Cuba in the Summits of the Americas. Action strategies were also worked out in good time with respect to complicated opponents like Hugo Chavez. Essentially, this was a strategy of “pre-emptive promises”! And as a result, Obama showed himself to be a leader who was ready to enter into a dialogue with Latin America to “build productive and positive relationships” with America’s neighbours in the Western Hemisphere. “Our rivals in the region”, Shannon noted with satisfaction in his letter to the NSA director, “were getting ready to besmirch and shame us. We have succeeded and our rivals have failed”. 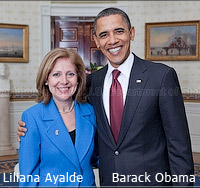 It recently became known that Liliana Ayalde, who has almost 30 years’ experience in the international field under her belt, has been appointed as the new US Ambassador to Brazil. It is not difficult to see the particular bias in her career: a close link to USAID with a focus on Latin America and the Caribbean. This organisation works in direct contact with the CIA, the Defence Intelligence Agency and other US intelligence agencies, traditionally providing them “cover” to carry out operations. As a USAID mission director, Ayalde came to light in Nicaragua and other Central American countries and was involved in the implementation of “Plan Columbia”, the most important objective of which was to apply military-strategic pressure on Venezuela and Brazil. From 2008 to 2011, Ayalde was US Ambassador to Paraguay and made a significant contribution to the removal of President Lugo from power. For the last two years, she has been in the US State Department as Deputy Assistant Secretary of State for Caribbean, Central American, and Cuban Affairs. There is no doubt that Ayalde is going to aggressively introduce her hostile relationship with the government of Raúl Castro into Brazilian government circles, bearing in mind that Dilma Rousseff, along with her predecessor Inácio Lula da Silva, sees Cuba as a key ally in the Caribbean. 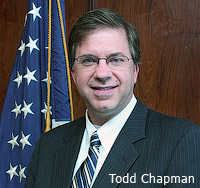 Number two in the embassy team and Ayalde’s “understudy” for the next two years is going to be Todd Chapman, who recently returned from a mission in Afghanistan where he ensured “the coordination of development and the economy”. The list of educational institutions that Chapman has graduated from, besides the elite Duke University, includes the National Defense Intelligence College of the US Department of Defense. While studying economies, subjects of interest for intelligence also included: energy, hydrocarbons, international finance and trade. Chapman served in Bolivia from 2004-2006 and from 2007 to 2010 was Chargé d’Affaires in Mozambique. There have also been other assignments, more often than not with elements of improvisation. Chapman has almost always been sent to complex areas, which is how he has ended up in Brazil.

There are dozens of intelligence agency employees working on the staff at the US Embassy and Consulates. One of the servers for the NSA’s system of total surveillance is located in the embassy building. It is used to intercept the communication equipment of the president, the ministries, Brazilian security agencies and the Brazilian parliament. Whatever promises John Kerry may have made during his stay in Brazil in the wake of the “spy scandal”, nothing will change on the fronts of the secret war being waged by US intelligence agencies. The invisible army of all-out espionage will continue to operate.