The Great Nicaraguan Canal, or the Chinese puzzle for America 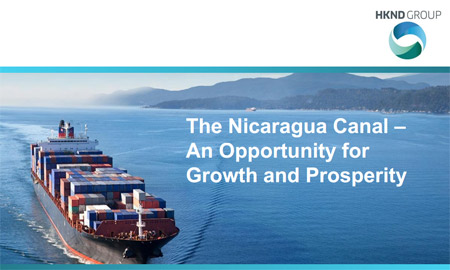 The idea of building an interoceanic canal through Nicaragua, similar to the Panama Canal but deeper and wider, has inspired the Nicaraguans for decades. There have been a number of obstacles to the realisation of this idea, but the main obstacle has been sabotage by the US, for whom the implementation of large-scale projects in a country ruled by Sandinistas is completely unacceptable.

The operation of the Panama Canal, despite the formal transfer of control to Panama in 2000, is firmly tied to the military-strategic and geopolitical interests of the US. In recent years, crisis situations have been created in many regions of the world through the efforts of the Pentagon, and there is no guarantee that such events will not also take place in Latin America. This is exactly why the news regarding the forthcoming construction of the Great Nicaraguan Canal (GNC) was received so enthusiastically by the Latin Americans. The alternative interoceanic route – a call of the times – is an international megaproject costing USD 50 billion that could be a controlling factor on the imperial ambitions of the US. The construction of the canal is expected to begin at the end of 2014-beginning of 2015.

Nicaraguan President Daniel Ortega has taken a gamble on China, Russia and Brazil for this project. The United States, meanwhile, has taken a backseat, which is why Washington has rejected every opportunity for US companies to take part in GNC’s construction. In fact Managua did not expect any different from the Americans, and the promotion of the project began without them.

In July 2012, the National Assembly of Nicaragua passed a law prepared by the government «On the legal status of the Great Interoceanic Canal and the creation of its management structure». This structure (The Authority of the GNC) is authorised to build the canal, and will also be responsible for its future upkeep. It has become known that the project’s investor is Empresa Desarrolladora de Grandes Infraestructuras S.A. (EDGISA). The Authority of the Great Interoceanic Canal and EDGISA have signed a contract with the Chinese company HK Nicaragua Canal Development Investment, which has been given the authority to develop the project. The agreement also contains a clause on the special functions of the project’s operator, which will be responsible for ensuring the development of the infrastructure and the management of the construction, as well as dealing with shareholders. The operator company HKND Group Holdings Limited, which was registered on the Cayman Islands in November 2012, is managed by experienced Chinese businessman Wang Jing, who enjoys support at the highest state level... 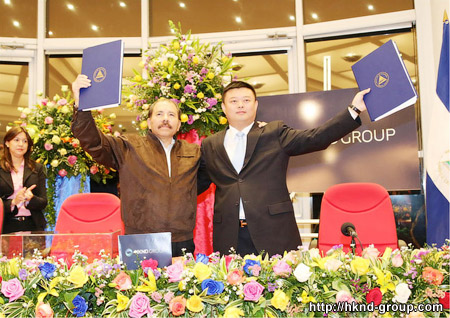 There are a number of confidential issues in the GNC’s construction plans, as there are in any large-scale business projects. Making sense of these intricacies is difficult for even the most experienced third-party analysts. An important provider of regional support for the GNC is Venezuela, which is increasing its volume of oil supplies to China. Every now and then, Rafael Ramírez, Venezuela’s energy minister, issues politically correct statements on maintaining the volume of oil exports to China, while at the same time statements that are making Washington uneasy can be heard from the mouths of Venezuelans: «We are selling oil to China because it is the second-largest economy in the world and soon it will be the largest. While the US and Europe are in crisis, the Chinese economy continues to grow». Oil experts are interpreting Ramirez’s words like this: China will eventually become the main importer of Venezuelan oil, both heavy crude oil and light crude oil. Preparation for this is under way, as evidenced by China’s programme for the construction of large-capacity tankers for the Venezuelan oil company PDVSA. The first of four «Carabobo» VLCC-class tankers with a capacity of 320,000 deadweight tons was launched in September 2012. Tankers of this class can carry up to two million barrels of oil in a single voyage.

The Panama Canal, which was designed for vessels with a maximum capacity of up to 130,000 deadweight tons, cannot cope with the intensity of modern-day interoceanic traffic. Work is being carried out at an increased rate to widen the canal for the passage of higher-tonnage vessels. This is unlikely to provide a satisfactory solution, however. The reconstruction of the canal currently under way will allow for the passage of vessels with a capacity of up to 170,000 tons, but there are already hundreds of vessels in existence today that would be unable to use it. In the future, the number of large-capacity tankers (up to 250,000 tons and more) will increase tenfold.

The Nicaraguan Canal will further promote trade and economic ties between countries in Latin America and the BRICS group of countries (Brazil, Russia, India, China and the Republic of South Africa). The realisation of the Nicaraguan megaproject will be yet further confirmation that Washington’s positions in Latin America are weakening, and that the region is being fiercely infiltrated by other powers, competition from which is neutralising the hegemonic claims of the US. And this is not happening just anywhere, but in those territories that were previously considered to be the Empire’s back yard.

The US Administration is trying to break this trend and create new alliances like the Pacific Alliance in order to undermine the processes of Latin American integration. It is also promising soft forms of cooperation with NATO to its closest allies, as happened with Colombia. The various methods of weakening, and in the long term removing, the authority of the Sandinista government have been miscalculated. In order to solve this issue, one of the largest US embassies in the Western Hemisphere has been set up in Nicaragua. It is headed by Phyllis Powers, who has experience of working in Panama.

Issues related to the GNC are a priority for the US Embassy in Nicaragua. The objectives set are comprehensive: to gather information on the project’s key organisers and China’s intentions regarding the use of the canal for military purposes, including the creation of naval bases, expose corrupt schemes and so on. An exceptional amount of attention is being paid to the development of recommendations on how to compromise the project, the preparation of ideas for the introduction of propaganda campaigns regarding its lack of potential and its unprofitability, and so forth.

On the whole, Daniel Ortega’s government is aware of these plans and intentions. This is possibly why (for preventive purposes) the Nicaraguan Foreign Ministry published a list of all diplomatic missions accredited in the country. As a rule, each mission includes between three and ten employees, whereas the US Embassy in Managua provides work to no less than one hundred Americans. As well as this, there are also the Peace Corps, USAID Agency employees, and a good ten other suspicious «charitable» organisations operating in the country.

Ambassador Phyllis Powers’ right-hand man is Charles Barclay, who has 25-years of experience working in the State Department. One of his missions was in Mexico, where Barclay was in charge of a political intelligence agency and became famous for regularly sending encrypted telegrams to CIA headquarters on the alarming penetration of mythical Iranian terrorists into the country of Aztecs. The subject was a fashionable one, and the resident earned his stripes for it. In Cuba, Barclay was responsible for the organisation of a dissident group of journalist bloggers and the financing of their activities. Now in Nicaragua, the authorities are aware of Barclay’s true mission and the critically dangerous concentration of US intelligence agency employees in the country.

The Nicaraguan authorities are also aware of the NSA Task Force operating under the roof of the embassy, which is carrying out electronic surveillance of government agencies, military leaders and security agencies. US intelligence agencies in the country are also carrying out the phased implementation of destabilisation scenarios. One of the main objectives is to review the dubious GNC agreements with the Chinese, and then reject the project under the pretext of the exposure of numerous cases of corruption. The names of people from Daniel Ortega’s inner circle who are allegedly using the project for the purposes of personal enrichment are already being bandied about in the press.

It is noteworthy that at the end of last year, the US State Department criticised the ruling Sandinista National Liberation Front over the reform of its Constitution. The State Department called the proposals «anti-democratic». If the reform is approved, it will allow Ortega to run for a fourth term in the 2016 elections.

The battle for and against the GNC is still going on, and it seems that the US is planning to use its entire arsenal of covert warfare in order to «cleanse» Nicaragua of both the Chinese and the Sandinistas.