Bloodshed Rampant in Mexico as Washington Wages its Secret War 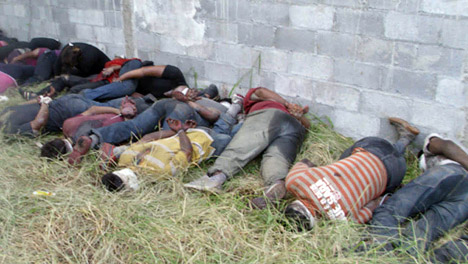 In mid-June property billionaire Donald Trump announced he will run for the White House in the 2016 election. It is widely believed that he has no chance. Mr. Trump just wants to be in the spotlight. He has already made some provocative statements attacking the Mexican community.

He called the immigrants from Mexico criminals and rapists, «Mexico is sending people that have lots of problems, and they are bringing those problems to us. They are bringing drugs, and bringing crime, and their rapists», Trump declared. To make things right Trump also promised to build a «great wall» on the Mexican-American border, and then made the bizarre promise that Mexico would pay for it.

The anti-Mexican insulting remarks evoked indignation inside the country and beyond its borders. They have hit the radar screen in Latin America. Talking to reporters Mexican Interior Minister Miguel Angel Osorio Chong called Trump’s statements «biased and absurd». Many Latin American politicians, journalists, writers and cultural workers joined in condemnation. They saw it as an attack against all Hispanics.

Trump sought to clarify his remarks saying he has great respect for Mexico and its people. He blamed the media for trying to distort his comments. «I am personally offended by the mainstream media's attempt to distort my comments regarding Mexico and its great people», Trump said. «I have many successful business relationships with Mexican companies and employ, and am close friends with, many Mexican people. I also have tremendous respect for the leaders of Mexico, who, frankly, are much smarter and tougher than our politicians here in the United States», the Republican presidential candidate added.

But it was too late. Nothing can change the fact that he has publicly made derogatory remarks against the US neighbor. The US and Mexico share a common border of about 2,000-miles (3,200-km). Mexicans are by far the largest Hispanic-origin population in the U.S., accounting for nearly two-thirds (64%) of the U.S. Hispanic population in 2012.

Hispanics of Mexican origin are also a significant portion of the U.S. population, accounting for 11% overall. Mexico is the main source for indocumentados (people without identity papers) residing in the United States. Many inside the US welcomed the Trump’s words. Some express concern over newcomers threatening the privileged position of whites. According to the U.S. Census Bureau, whites will be in the minority by 2045.

According to information released in December 2014, the non-Hispanic, native-born white population «will become less than 50% before 2040», Brookings Institution demographer William Frey told Al Jazeera America. «Overall, there is white decline and minority gain for most of the projection period. The majority-minority tipping point date is 2044», meaning that by 2045 the white population will become the racial minority.

The US government is studying ways to stop the immigrant flows from «backward» countries. John M. Ackerman, Professor at the Institute of Legal Research of the National Autonomous University of Mexico (UNAM) and Vice President of the International Association of Administrative Law, says more Mexicans have been fallen victims to racist attacks recently. In his articles Akerman adduces many facts of unfair treatment of Mexicans by police, handing down death sentences by US courts, illegal immigrants hunt in the states which share a common border with Mexico and the cases of torture after detention. Over 100 thousand people lost lives as a result of the war against drug dealers waged since 2006 under US leadership.

Fusion centers operate throughout Latin America to enhance the intelligence capability of the United States. A fusion center is an information sharing center designed to promote information sharing at the federal level between agencies like the Central Intelligence Agency, the Federal Bureau of Investigation, the US Department of Justice, US military and state- and local-level government. The US operates its most cutting edge fusion center located inside the U.S. Embassy in Mexico City which provides additional analytic support to the secret intelligence facility’s «high value targeting» mission.

The United States shares the information with Mexican law enforcement agencies to be used for operational purposes. It is recommended to take no prisoners. Not all operations are a success. There are many reports about drug traffickers attacking Mexican military and policemen, hitting armor vehicles, helicopters and trucks. Drug cartels use state agencies employees, policemen and special agencies operatives as informers. There are cases when US officers (mainly retired ones) from the Central Intelligence Agency and Drug Enforcement Agency are hired by drug traffickers. That’s why many drug lords are still at large with all the efforts to detain them proven useless. The United States uses the divide and rule tactics inciting internal bickering between the gangs. The main thing is to ensure that the turf wars don’t spread beyond the Mexican territory. 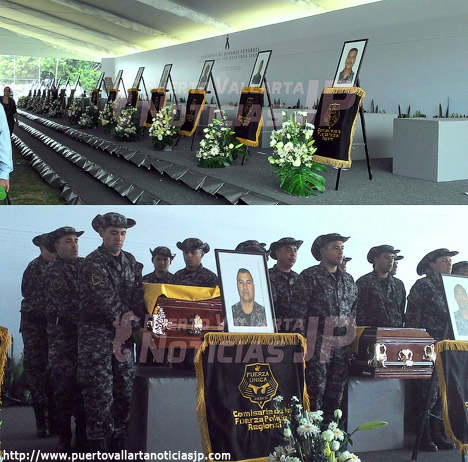 Latin American media report about many cases when people lose lives trying to cross the border. They are buried in Mexico. Looks like it is done on purpose to intimidate would-be «trespassers». The reports about those who were shot crossing the border are full of details. Materials are broadly broadcast and distributed often citing nationalities of those who perished, the people from: Mexico, Guatemala, Honduras, Salvador, Columbia and the countries of Caribbean basin. According to The Intercept, an online publication launched in February 2014 by First Look Media, hundreds of mass graves have been discovered in Mexico in recent years.

No matter that, the US government remains to be a staunch supporter of Mexican President Enrique Peña Nieto. Since 2008, the U.S. government has spent nearly $3 billion on security aid to Mexico, largely through the Mérida Initiative, a counter-drug strategy modeled on Plan Colombia, through which the United States funneled billions of dollars to that country’s often-brutal drug war. This support comes in addition to direct sales of arms and other equipment, which totaled over $1, 15 billion last year alone.

Mexico recently surpassed Colombia to become the largest customer for U.S. weapons in Latin America. The US spends the money on dirty work to prevent illegal immigrants from entering the country. That’s why drug lords and Mexican law enforcement agencies operate with such impunity. The Mexican government’s disastrous record on investigating and punishing the perpetrators of recent crimes raises the question of what good that assistance is doing. Impunity remains the norm, with 98, 3 percent of crimes going unpunished in 2013, according to Mexican government statistics. The U.S. State Department’s own human rights reporting on Mexico highlights police and military involvement in serious abuses, including unlawful killings, physical abuse, torture and disappearances. 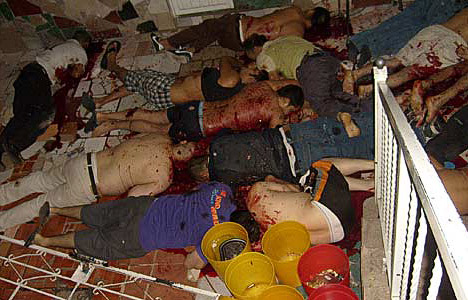 The US propaganda spreads the myth that the Islamic State is involved in committing those crimes. American special agencies report that Islamic radicals operate on Mexican territory maintaining working contacts with drug lords who help them enter the United States to conduct terrorist activities.

The CIA station in Mexico failed to produce any real evidence of Islamic State presence except a couple of Quran books and the map of Fort Bliss, a United States Army post in the U.S. states of New Mexico and Texas with its headquarters located in El Paso, Texas. The map was found in a forlorn house located a few miles from the border. The ballyhoo about the Islamic State is raised. Former CIA covert operations officer Mike Baker said on August 2014 «Laura Ingraham Show» that he believed there was «a lot of communication» between the Islamic State and Mexican drug cartels given past efforts by al Qaeda to do likewise. «We’ve had good intel over the years about al Qaeda, about their efforts to coordinate with, as an example, Mexican cartels…in an effort to try to exploit our southern border» he reported, adding that a terrorist group like ISIS «absolutely» knows about the lack of security on the border. Baker stated he believes there is «a lot of communication» between ISIS and drug cartels. And «the cartels are a business… if there’s a revenue stream they can exploit, then they will, and the extremists understand that». His opinion is shared by many other US experts.

The propaganda campaign is launched to divert the public opinion from mass massacres in Mexico and make it concentrate on the mythical threat coming from the Islamic State. In August 2014 high-level federal law enforcement, intelligence and other sources confirmed to Judicial Watch that a warning bulletin for an imminent terrorist attack on the border had been issued.

Agents across a number of Homeland Security, Justice and Defense agencies were all placed on alert and instructed to aggressively work all possible leads and sources concerning this imminent terrorist threat. Specifically, the government sources revealed that the militant group the Islamic State was confirmed to be operating in Juarez, a famously crime-infested narcotics hotbed situated across from El Paso, Texas. The list of targets included administrative offices, railways, electric power stations, airports and universities. The bulletin makes believe in Islamic extremists operating across the border.

Officially, Muslim community in Mexico does not exceed four thousand people and is closely watched by Mexican authorities and US special services. The appearance of Islamic State militants would be immediately noticed. The ballyhoo is raised to justify the operations against drug cartels and terrorists.

There are powerful pro-US elements in Mexican government and political structures, as well as power agencies. The term malinchismo is constantly used during the discussions on Americanization of the country. Five hundred years ago, Hernan Cortes landed on Mexican soil, bringing with him Spanish soldiers, unheard-of diseases, and a new system of racial segregation. He took on a lover, the controversial Malintzin, famously called «La Malinche», to aid him in translating and gaining the favor of the local people. «Malinche» has since become an iconic figure in Mexican culture, synonymous with betrayal. The term «Malinchismo» has become a colloquial term that embodies our inherited tendency to reject our own culture in favor of that which is foreign.

The «Malinchista» admires Americans and Europeans and rejects his Mexican identity striving to be more like a «cosmopolitan» Londoner or New Yorker. The «Malinchista» looks down upon Mexico with disdain, lamenting how the insecurity, the corruption and outrageous violence are of our own making. The term is associated with the name of Mexican President Enrique Peña Nieto. He is reported to never take any important decisions, including important appointments, without consulting US President Obama first. 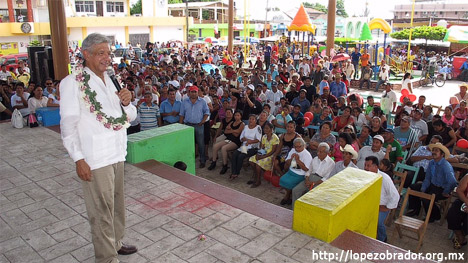 Never in its history has Mexico seen such a blatant interference into its internal affairs by the United States. The «multilateral ties» will continue to bring the both states together in the near future. Mexican patriots pin their hopes on Andrés Manuel López Obrador, a left-wing politician. In case he is elected Mexico may become less dependent of the US. The presidential election is to take place in 2018. Today Mexicans great efforts are applied to make Mexicans refuse the traditionally negative attitude towards the United States. According to Consulta Mitofsky, 46% of Mexicans believe that the United States is the friendliest country.