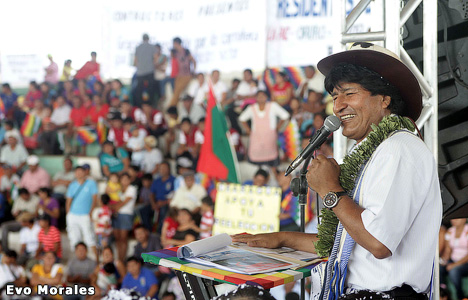 The United States has not had an ambassador in Bolivia since 2008, when Philip Goldberg was declared persona non grata for subversive activities intended to overthrow the government of Evo Morales. Morales still indignantly recalls how after presenting his credentials, Goldberg peremptorily informed him that Bolivia should cut off all ties with Cuba and Iran if she wanted to improve relations with Washington.

All of Goldberg’s predecessors had also communicated with Bolivian presidents through such ultimatums. For many years Bolivia was completely dependent on the United States – politically, financially, economically, and militarily. The local CIA station maintained a permanent office in the presidential palace, the US military attaché controlled the army, and the IMF mission issued orders to the Ministry of the Economy. The American Drug Enforcement Administration (DEA) operated without restraint, using its capabilities to compromise any inconvenient politician, trade unionist, or leader of an indigenous Indian organization.

It seemed there was no way for Bolivians to free themselves from this stranglehold. However, Morales together with a number of like-minded people by his side managed to restore their country’s independence and sovereignty. The unconditional American domination of Bolivia came to an end after the nationalization of its oil and gas fields, the approval of a new constitution, the incorporation of indigenous Indians into the political and economic life, and the country’s immersion into the movement to bring Latin America closer together. 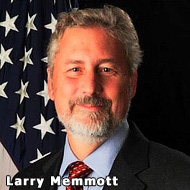 The State Department replaced Goldberg with a chargé d’affaires in Bolivia, Larry Memmott, who has a solid background in diplomatic as well as intelligence work. But he was assigned the same task: to remove Evo Morales from the political stage. To accomplish this, an entire arsenal of destabilization techniques was put into operation – from NGOs and a fifth column to speeches by the opposition and the infiltration of terrorist groups into Bolivia. But Memmott was exposed after an incident involving Jacob Ostreicher, an established CIA agent. 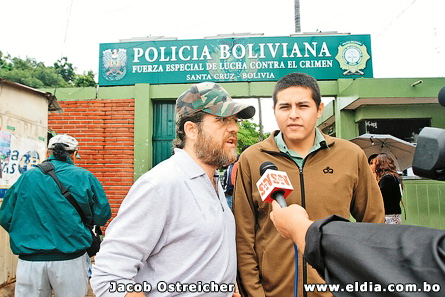 That agent was arrested, and a lawsuit was prepared, during which sensational revelations could have emerged about the scale of the CIA’s drug operations that had been aimed at discrediting the Bolivian government.

Memmott must have had a personal role in orchestrating Ostreicher’s escape from the country. As a result, the chargé d’affaires was recalled to the US, where he now explains at every opportunity that «everything was Morales’s fault». Perhaps the Bolivian president just has a persecution complex. Memmott swears that the US embassy was not involved in any kind of cover-up and never attempted to overthrow the Bolivian government. But he admitted that he was always disconcerted by Morales’s speeches in which the president spoke about the US «in a derogatory negative tone». In addition, it was Morales who banned local DEA operations and closed the USAID office.

Memmott not only offered justifications for his own actions, he continued to insist that Morales would have to be removed before Bolivia could make progress down the path mapped out by the US. 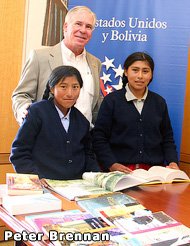 After Memmott’s failure, the US Embassy in Bolivia was reorganized and its entire staff replaced. The current chargé d’affaires in La Paz is Peter Brennan, who has worked in various Latin American countries, including Cuba. There are rumors that he is related to the current CIA director, John Brennan, and has dreams of an equally dazzling career. Peter has a hard-won reputation as a «hawk», and everything suggests that he is determined to prove it in Bolivia.

Currently, the United States is focusing on the allegedly growing threat of drug trafficking and the involvement of associates of Morales and the Vice President, Álvaro García Linera. The Bolivian president’s chief of staff, Juan Ramón Quintana, has claimed that a clandestine operation against President Morales is underway in the country, financed and directed by the US Drug Enforcement Administration.

Quintana added that the DEA has a long history of attacking Morales, dating back to when he headed the Cocalero Union and was first elected to parliament and became a serious contender for the office of the presidency. According to Quintana, Washington is attempting to isolate the Bolivian leader on the international stage. The US has repeatedly tried to implicate Morales in drug trafficking and in having links to drug cartels, but their efforts at provocation have been unsuccessful. And here we have yet another attempt, coordinated by Brennan from La Paz with the firm support of the US propaganda machine. 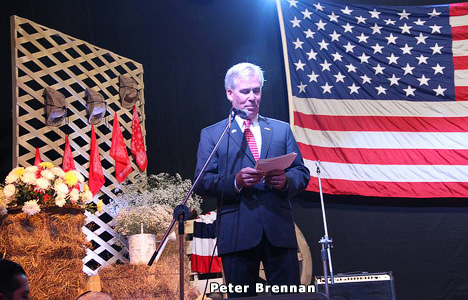 The Obama administration has once again included Bolivia in the presidential list of major drug transit and/or major illicit drug producing countries. A report published in the US claimed that the data on Bolivia from the UN Office on Drugs and Crime did not reflect the true facts. It alleged that 35,000 hectares were actually being use to cultivate coca in Bolivia, not 20,400. Thus, it follows that this «undeclared production» could theoretically be used by criminal gangs to produce cocaine. Bolivian Foreign Minister David Choquehuanca summoned Brennan to his office for an explanation about the content of the US report.

Carlos Toro, a Columbian and a former DEA agent who had been embedded with the Medellín drug cartel, was also involved in the campaign against Evo Morales. Carlos Toro masqueraded as a drug lord for over 20 years before ending up in the US, and he is now said to fear being extradited to Colombia. Should that occur, Toro’s fate would not be hard to predict. For this reason he met with reporters in order to publicly declare his grievances against the DEA and to demand the pay he had earned after his years of collaboration. Toro spoke about the many projects in which he had been involved, including Operation Naked King, which was primarily targeted against Evo Morales.

Allegedly the DEA possesses evidence that individuals close to the Bolivian president are engaged in drug trafficking. Among those named by Toro are: the father of Vice President Álvaro García Linera – Raul García, who died in 2011; a friend of Linera’s – the Argentine Faustino Giménez, who worked in the Bolivian mining industry; the pilot of the presidential plane and a general in the Bolivian Air Force, Walter Álvarez; and Katty Orosco, a staffer in the president’s security service. After the DEA took the materials on Operation Naked King out of Bolivia, they were given to DEA employees in Paraguay so that the project could continue.

If US officials truly did possess materials implicating Morales and his inner circle, they would have used them long ago. Bolivian Interior Minister Carlos Romero condemned the Americans’ use of propaganda «evidence» from the former DEA agent, stating that the individuals named had never drawn the attention of law-enforcement officials.

This much-hyped information, the release of which was staged by US intelligence agencies, is a good example of a common gambit by which «subjects» who have undergone unwarranted (and often fabricated) attacks exonerate themselves and prove their innocence. In this instance, the intensification of black propaganda against the Bolivian president and his associates signals the future plans of US intelligence agencies to destabilize that regime.

Evo Morales believes that Americans are trying to «justify their failures» with these moves. The President stated that his country was successfully reducing its acreage under coca cultivation and has invited John Kerry to come to Bolivia in order to compare the existing US data with the UN statistics. That would help to determine which methods are most useful for fighting drug trafficking: «The United States always wants to act like a policeman so that its facts will be accepted over all others, but fortunately it isn’t any such thing». 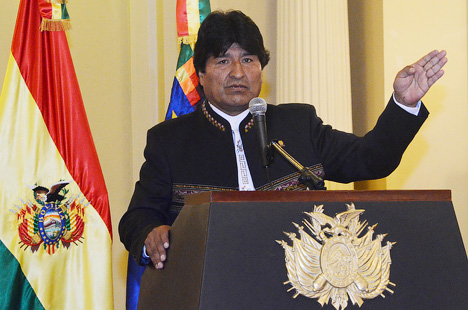 The US embassy immediately responded: «We welcome the announcement by President Morales about improving cooperation in this area of global interest. We are ready to discuss and analyze our measures and methodology with the government and other institutions». Such discussions, with input from the US embassy, have occurred repeatedly in the past and have been used by staffers of the CIA, US military intelligence, and DEA to expand their operational contacts within the Bolivian security services, to recruit agents, and to stage provocations.

The accusations coming from Washington are increasingly harsh, in particular about «the strengthening of the positions of the drug cartels» in Bolivia and the use of its territory to transport drugs. But in fact, after the DEA was expelled from the country, the Bolivian authorities have become more and more effective each year at combating drug trafficking. Increasingly large quantities of drugs are regularly intercepted en route from Paraguay and Peru, where the DEA has as much free rein as at their own headquarters. Morales quite justifiably claims: «Instead of demonizing us and belittling our results, the United States should acknowledge and utilize our methods».