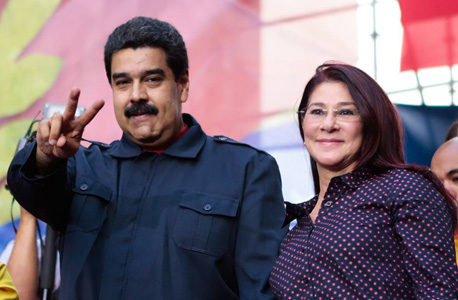 The Wall Street Journal was the first to report that US agents have arrested two relatives of Venezuelan President Nicolás Maduro on charges of conspiracy to transport 800 kilograms of cocaine to the US.

Then the scoop was picked up by other US outlets to accuse the men of being involved in drug trafficking. According to the first reports, Efraín Antonio Campo Flores, 30, and Francisco Flores de Freitas, 29, held Venezuelan passports. They were first arrested in Port-au-Prince, Haiti. Later it was reported that Mr Campo Flores is the stepson of the President of Venezuela having been raised by Cilia Flores, Mr Maduro’s wife. The other man was reported to be a nephew of Ms Flores. They were arrested by the US Drug Enforcement Administration (DEA) agents on November 10 in the airport of the Haiti capital and flown the same day to New York in a DEA jet. Local police force was not involved. The DEA does not trust Haitian policemen. Some limited information provided by DEA gives an idea on how the operation was conducted by US agents.

The two men allegedly «caught the eye» of a DEA confidential informant in Honduras in October, 2014, when they were trying to traffic hundreds of kilograms of cocaine through the airport in the country’s Caribbean island of Roatán. They met the DEA agent several times. Once the two Venezuelans brought a kilogram of cocaine to the confidential informant to show the quality of the promised shipment. The meetings were filmed and taped: there is a video recording of the two men, Efraín Antonio Campo Flores and Francisco Flores de Freitas, discussing the ways to transfer cocaine to New York with the informant.

National Assembly speaker Diosdado Cabello said the DEA routinely kidnapped people. The plane from Venezuela landed in Port-au-Prince with six people on board; two of them were arrested on spot. Others were allowed to return to Venezuela on board of the same aircraft. It shows that the mission of DEA agents was to arrest only the «relatives of Maduro». Cabello said he did not know who they were and what kind of relationship they had with the President’s family, but the two were grown up people free to do what they wanted. He said it stroke the eye that the DEA operation took place in the heat of pre-election campaign. The United States used the arrests to destabilize the situation ahead of the December 6 parliamentary elections. 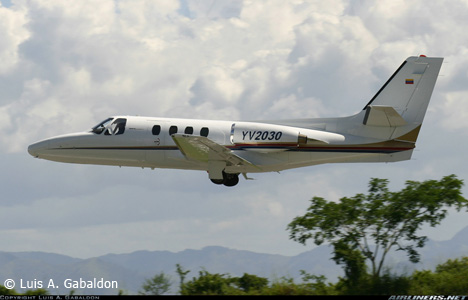 The incoming reports confirm the view that the provocation to smear the Bolivarian leadership, which allegedly connives at drug trafficking, was planned by US special services operating under diplomatic cover in Haiti and the Dominican Republic. Matthew Purl, a seasoned CIA operative, coordinated the operation in Port-au-Prince. For the last 15 years he has been also seen in Russia, France, Tajikistan and Afghanistan. Purl was assisted by David Howell, the head of regional security office, Robert Hannan, Consul General in Haiti, Mary Ann Shepherd, Vice-Consul, and the numerous operatives of Drug Enforcement Agency operating in the country.

The mission was supported by the staff in the Dominican Republic. The Dominican DEA office is headed by John Kanig, the CIA station is headed by Brian Quigley. The Central Intelligence Agency and the Drug Enforcement Agency in Santo-Domingo failed to carry out the mission: they could not prove that the arrest of the Venezuelans had any relation to the confiscation of drugs on board of the luxury yacht The Kingdom that had set sail from Casa de Campo, La Romana.

The arrested crew members could not provide any valuable information. The National Drugs Control agency (DNCD) of Dominican Republic resisted the pressure of US conspirators and refused to confirm the rumors that the yacht belonged to the family of Cilia Flores. So far, no evidence of the existence of 800 kg of cocaine – the shipment mentioned by DEA before – has been provided. Later the Agency mentioned the shipment of 50 kg of cocaine, but this information has not been confirmed. Now, US media writes about 5 kg shipment. It is a direct proof that the Drug Enforcement Agency was involved in behind the scenes schemes and foul play.

Late President of Venezuela Hugo Chavez banned the DEA activities in the country in 2005. He rightly accused the Drug Enforcement Agency of being involved in spying activities, provocations and subversive actions. Since then, the DEA has been constantly waging a war against the Venezuelan authorities. It’s worth to note, that after the break up with the Drug Enforcement Agency Bolivarian special services have become much more efficient. Drug dealers, who use Venezuela as a transit country, annually lose 55-60 tons of drugs. The Venezuelan Air Force has brought down over a hundred of aircraft with drugs on board. At that, the Obama administration continues to say that top military, police leaders and government officials of Venezuela are involved in drug trafficking.

False information about the existence of Cartel of the Suns (Cartel de los Soles) led by the military is spread around the country for propaganda purposes. According to the DEA and the CIA, the cartel uses naval vessels and military aircraft to ship drugs to the United States and the island nations of the Caribbean Basin. It’s worth to mention that US «strategic allies» in the Western Hemisphere – Peru, Colombia, Mexico, Guatemala, Honduras and Paraguay – are the leading cocaine, heroin and other drugs producers in the region. The shipments go along the routes well known by US special services to reach the United States market. Drug traffickers use the territory Venezuelan route, no matter it has become less safe, to transport drugs from Colombia through the Caribbean and Central America to the United States.

The need to counter drug trafficking is used by the Pentagon and the special services as the primary reason for the existence of numerous military facilities in the region. The developed military and intelligence gathering infrastructure in the Caribbean and Central America does not make the fight against drug trafficking more efficient. The DEA offices legally function in Barbados, Curacao, Haiti, Jamaica, Trinidad and Tobago, the Dominican Republic and Surinam. Illegal task groups operate throughout the entire region. The results are dubious. Many a time experts expressed the opinion that US special services give priority to collecting discrediting evidence related to drug trafficking against political, military, financial and business elites of the Western Hemisphere in order to exercise control over them. There will be discrediting evidence to collect and use as long as drug trafficking exists.

The US government has targeted Bolivian President Evo Morales with a drug sting code-named «Operation Naked King». Carlos Toro, a Columbian and a former DEA agent who had been working under cover with the Medellín drug cartel, was also involved in the campaign against Evo Morales. The sealed indictments revealed last week in a lawsuit filed by Carlos Toro target the pilot of the presidential plane and a general in the Bolivian Air Force, Walter Álvarez; and Katty Orosco, a staffer in the president’s security service. The Bolivian power structures, as well as the power structures of Venezuela, have their own solid arguments. Morales expelled the Drug Enforcement Agency from the country to spur the efficiency of fight against drug trafficking. After that the smear campaign launched by DEA appeared to die down. Nonetheless, it is known that US operatives continue to conduct Operation Naked King from the territory of Paraguay.

Something similar takes place in Haiti. In Port–au-Prince the head of the anti-drug brigade made no comments on the DEA activities against the citizens of Venezuela. The DEA agents went as far as to threaten Michel Martelly, the President of Haiti. In April 2015, around 80 kg of cocaine were found aboard the Manzanares ship carrying sugar from Colombia under the Panamanian flag. The vessel was docked in the port of Cite Soleil.

The DEA let the Haitians know the trace was leading to the inner circle of Michel Martelly. Of course, the President made relevant conclusions. His term expires in February 2016. No matter he enjoys friendly relations with Nicolas Maduro, Martelly decided to shy away from making any comments regarding the incident. A conflict with the DEA could be too risky.

Two Venezuelan citizens were arrested illegally. The case is far from being over. In the run up to the parliamentary election on December 6 the media outlets hostile to the Bolivarian government circulate accusations of its involvement in drug trafficking. The opposition uses social networks to address the voters calling on them to prevent drug traffickers from coming to power. No doubt, the supporters of Nicolas Maduro are closing ranks. They are involved in propaganda efforts as in the days of Hugo Chavez demonstrating the achievements of the ruling Socialist Party in all spheres. But there is a particularly bitter struggle ahead.