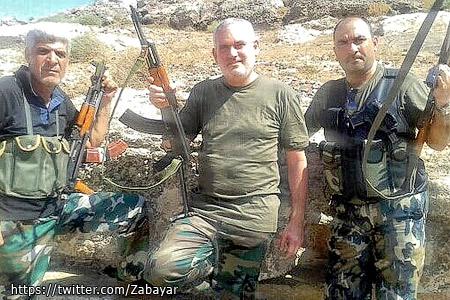 Venezuelan Member of Parliament Adel el-Zabayar, a Syrian by descent, lost no time in returning to his homeland. Zabayar explained to his friends in the Arab Federation in Venezuela, of which he is the president, that the time has come for all patriots in the Arab world to take arms to defend Syria from the threat of aggression. Many immigrants from Arab countries in Latin America have followed his example. Without publicizing their plans, they are arriving in Syria by various routes. The formation of the first battalion of volunteer fighters from Latin America is almost complete...

The Latin American media is writing a lot these days about the Obama administration being the main leader of the aggression against Syria. They emphasize that, in preparing for a strike against Syria, Washington is using the intelligence capabilities of its satellites, especially Israel, Saudi Arabia and Qatar. In the policy of «geostrategic neutralization of hostile countries», Syria has now become the Pentagon's number one target. Another reason for planning a strike against this country is because it is one of Russia’s traditional allies in the Middle East.

The aggressor's belief in its own impunity cannot but worry the leaders of the countries of Latin America and the Caribbean basin which value their independence. Even the governments of Colombia, Mexico, Chile, Guatemala and a few other countries which seemingly follow in the wake of the U.S. are watching the rebirth of «big stick» methods in Washington's foreign policy with alarm. Latin Americans are beginning to ask themselves: if the U.S. is ready to bomb a country on a distant continent, might it not someday be the turn of the territory south of the Rio Grande, especially Brazil, Argentina and Venezuela?

While Presidents Dilma Rousseff and Cristina Fernandez de Kirchner are for now speaking reservedly about the situation taking shape around Syria (we are for a resolution of the conflict through negotiations and the establishment of constructive dialogue between the Syrian government and the «rebels»), Venezuelan president Nicolas Maduro is uncompromising in his assessments. A statement from the Venezuelan Foreign Ministry on August 29 «firmly and decisively condemns any attempts by the imperialist powers to make a military attack on Syrian territory using the use of chemical weapons on August 21 by an unidentified party as a pretext». Nicolas Maduro is certain that an imperialist plan previously tested in Libya, Iraq and other countries which calls for «taking possession of the region's rich petroleum resources and securing markets for Western goods» through death and destruction is being implemented against Syria. He clearly characterizes the aggressors' methods and goals: «The United States and the NATO countries have armed and trained squadrons of terrorists in Syria in order to establish and maintain control over the country. The government of the Bolivarian Republic of Venezuela accuses the imperial powers of placing the entire world on the brink of a destructive war with countless consequences for humanity».

Maduro has already warned several times about the possibility of an attempt on him at the same time as the beginning of U.S. military intervention in Syria. The designs of American intelligence are obvious: amid the catastrophic scale of events on the Syrian front, the physical elimination of a Latin American president would be second-rate news. Preparations for the attempt are being made in grand style. This is shown by the arrest of two Colombian mercenaries in Venezuela who had fought in death squadrons in the past. Rifles with optical sights were confiscated from them. The leader of the group and another eight terrorists with connections with centers in Miami, Colombia and Costa Rica have been put on the wanted list. Venezuelan counterintelligence does not rule out the possibility that the Pentagon and the CIA could use the Syrian scenario in Venezuela, considering the polarization of political powers – pro-government (Bolivarian) and opposition (pro-American) – which has taken shape in the country. And in order for that not to happen, it is very important not to permit the destruction of the Syrian Arab Republic.

Theoretically, the manipulators from Washington could create a state of «controlled chaos» in any country of the Western Hemisphere they set their sights on. That is why the member countries of ALBA, the Bolivarian Alliance for the Peoples of Our America, unanimously voice their support for the government of Bashar al-Asad.

Bolivian President Evo Morales constantly raises the topic of Syria at press conferences. He is certain that Barack Obama is starting one war after another «in order to seize natural resources, from oil to fresh water reserves». Morales believes that in modern conditions the United States «cannot establish military dictatorships» like it once did, so they are employing a different strategy, «stirring up internal conflicts in certain countries in order to have a pretext for interference». That is what is happening in Syria: «The United States has been financing the confrontation in this country through Israel and through England, and now it is preparing for a military invasion. Such is the current strategy of the empire: to pit us against one another, break us up into groups and organize an intervention. We reject this, we condemn it, we do not accept it».

President Rafael Correa is in agreement with Evo Morales; he does not tire of speaking of the traditional peacefulness of Ecuador, which rejects «foreign interference in the affairs of Syria, especially military interference». According to Correa, no country has the moral right to take upon itself «the function of a judge who determines what is right or wrong». This position is clearly documented in an official statement from the Foreign Ministry of Ecuador: «In connection with the possibility of a military attack on Syrian territory by foreign states, the Ecuadorian government rejects any aggressive unilateral actions which would violate Syria's sovereignty». 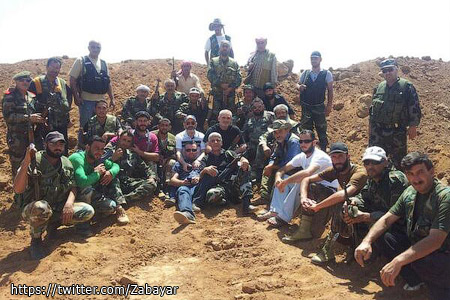 As the day of the start of missile strikes against Syria draws closer, the statements of Latin American governments, regional organizations, parties, and authoritative public figures that condemn U.S. aggression grow louder. Will the unprecedented scale of these protests, which are coming not only from Latin America, stop Washington? If not, then the response of Syria, its ally Iran, and the armed wings of the Arab resistance will not be long in coming. In the chaos that will ensue when the war starts, neither Saudi Arabia nor Qatar nor still less Israel will be able to avoid dramatic consequences; targets on Israeli territory have long been determined, and Syrian and Iranian kamikaze pilots are just waiting for the order to take off.