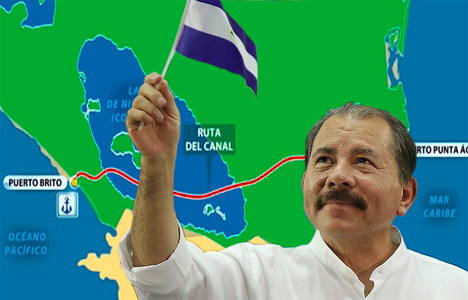 The Latin American presidents who dare to adopt policies independent from the United States have to be vigilant. Anything can happen; even an assassination is not excluded. Recently media outlets have been reporting more frequently about the empire taking revenge.

Daniel Ortega tops the list. The US State Department and special services believe he poses a challenge and undermines the process of Latin American consolidation. The State Department always emphasized the Ortega’s hostility towards the US. Meeting Russian Minister of Defense Sergey Shoigu in February, he put it very plainly saying that the United States spreads disorder throughout the whole world. That’s why Nicaragua sides with the countries that keep Washington at a distance such as Venezuela, Cuba, Ecuador, Argentina and Brazil. 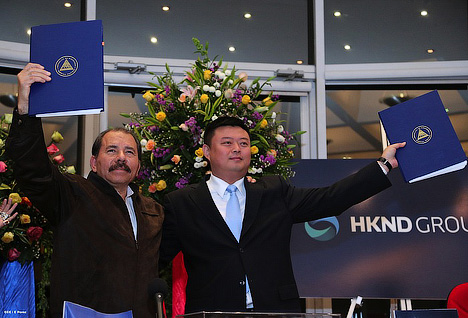 China is becoming a major partner for Nicaragua. Beijing is to launch the construction of inter-oceanic canal in November-December 2015. According to plans, the Nicaragua Interoceanic Grand Canal is to be operational by 2020-2021. In June 2013, Nicaragua’s National Assembly approved a bill to grant a 50-year concession to finance and manage the project to the private Hong Kong Nicaragua Canal Development Investment Co., Limited («HKND Group»). The concession can be extended for another 50 years once the waterway is operational.

On 31st May, 2015, the HKND Group received the Environmental and Social Impact Assessment (ESIA) report, completed by the British company Environmental Resources Management (ERM) for the Interoceanic Canal Project and presented to the Government of Nicaragua in the Capital City of Managua. They said the project is viable and there will be no damage for to nature and water resources.

It runs contrary to the United States allegations that the project would wreck the regional environment. The construction is expected to provide an impetus to national economy and create 250 thousand working places. That’s what Washington turns a blind eye on. The US government has launched a large-scale campaign to undermine the plans to build the canal. Phyllis M. Powers, US Ambassador to Nicaragua, plays a key role here. Her previous assignment was as Ambassador to the Republic of Panama, so she is dry behind the ears when it comes to inter-oceanic canals. At the confirmation hearings in Congress the Ambassador said she understands well what she must do. The CIA and military intelligence prevail among the 150 strong personnel of the embassy added by the United States Agency for International Development and Peace Corps. Scott Fagan, Political Counselor at U.S. Embassy Managua, is a seasoned CIA officer who worked in Saudi Arabia, Spain, Columbia and Iraq. 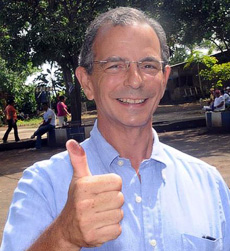 Scott Fagan has an important role to play in the process of allocating funds going to non-government organizations dealing in ecology and politics. Opposition forces are preparing for mass protests. In June 2015 Eduardo Montealegre, President of the Independent Liberal Party, a frequent visitor to the US embassy and the chief opponent of Daniel Ortega, addressed the Liberal International taking an outright pro-American stand. Actually, he launched an offensive against the regime. According to him, Ortega goes against the law by pushing through a project with dubious a project despite economic and environmental questions. According to him, the decision to build the canal is motivated by political ambitions of authoritarian government.

Farmers’ protests incited by rumors of land confiscation and forceful eviction started as far back as last December. Land owners blocked the Pan American highway. After weeks-long negotiations police used tear gas and bullets. 30 protesters were arrested, 20 people were wounded, including 15 policemen. Now the protests are on the rise again.

The mission is to destabilize the situation in the country, provoke the law enforcement agencies into using force against subversive groups so that «victims» would be painted as martyrs oppressed by the regime as the fight against «the dictatorship of Ortega» is gaining strength. The subversive activities take into account local specific features. The US administration will do its best to disorganize life, hinder investments into economy and bring down living standards in the country.

The US propaganda is already overblowing the extent of violence and blaming Ortega for unleashing a war between the classes and pursuing «those who struggle for freedom and progress». The US instigators believe that the aggravation of the situation would put a stop to the canal construction, or, at least, slow it down. Hardly anybody will find it expedient to invest billions of dollars into the project that may not be implemented. The US supports violence to weaken Sandinistas, make China freeze the project and keep Russia away. 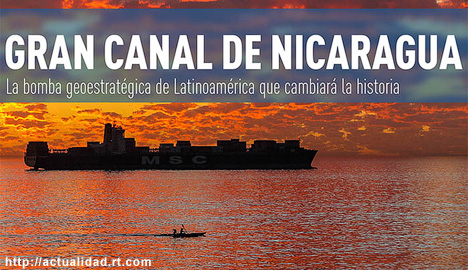 The next general election in Nicaragua is to take place in November, 2016. The country will elect president, vice-president, 90 members of parliament and 20 member of Central American parliament. Ortega does not make a secret of his intention to run for president on the Sandinista National Liberation Front (FSLN) ticket. He remains loyal to the ideals of Sandinista revolution and implements the program of social, economic, healthcare and education reforms. The program is aimed at reducing unemployment. Historically Nicaragua and Haiti are the poorest countries in the Western Hemisphere. The progress achieved by the country in recent years is the feather in the hat of Ortega. He does a great job representing his country on international arena and defending its sovereignty and independence. 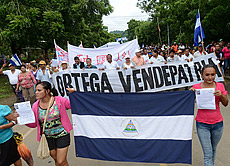 The Washington’s plans to do away with Ortega before the 2016 election. If Sandinistas win, the US will launch a Nicaraguan Maidan-type protest campaign. The plans have been worked out and actors are ready to start. There will be speculations about votes count. Some will demand to expel corrupted leaders from Sandinistas ranks, including the ranks of Ortega’s dynasty, established ecological organizations will be used to review the results of Environmental Resources Management’s conclusions related to the viability of Nicaraguan Canal.

This scenario is not excluded. Ortega has been issuing warnings about the threat to be posed by the «strategy of chaos» used by the United States to achieve its goals. Will Daniel Ortega offer resistance in case the United States uses force to topple his government? No doubt, he will. All countries of Latin America will support him. There is a chance we’ll see President Ortega smiling photographed against the Nicaraguan Canal.